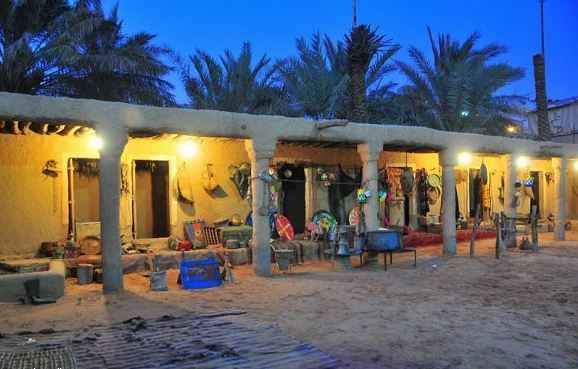 • The “Al-Hamdan Heritage House” is located amid an old farm in Wadi Al Jenah in Unaizah Governorate.

• "Al Hamdan Heritage House" is considered one of the distinguished museums in Al-Qassim region. It is licensed as a private museum by the General Authority for Tourism and Antiquities as it has an ancient and diverse heritage pieces and tools, and it is considered a tourist site for lovers and fans of heritage and museums.

• The owner of this house, Ibrahim bin Saleh Al-Hamdan, wants to revive the true heritage of the past of the fathers and grandparents, and embody it as a reality for visitors through the figures that he designed by himself for many customs and traditions that were practiced in those days. He gathered in each room of the house what suits it of tools and figures.

• The newly constructed old-style house is a model of old country houses in the villages of Al-Qassim, and its space is about 300 square meters.

• It consists of several sections, including "cafe" (Majlis), "dome", "Flaleh cafe," and the bride's room.

• The inner courtyard includes four shops, while there are five other stores outside the house. These shops contain a variety of rare heritage tools.