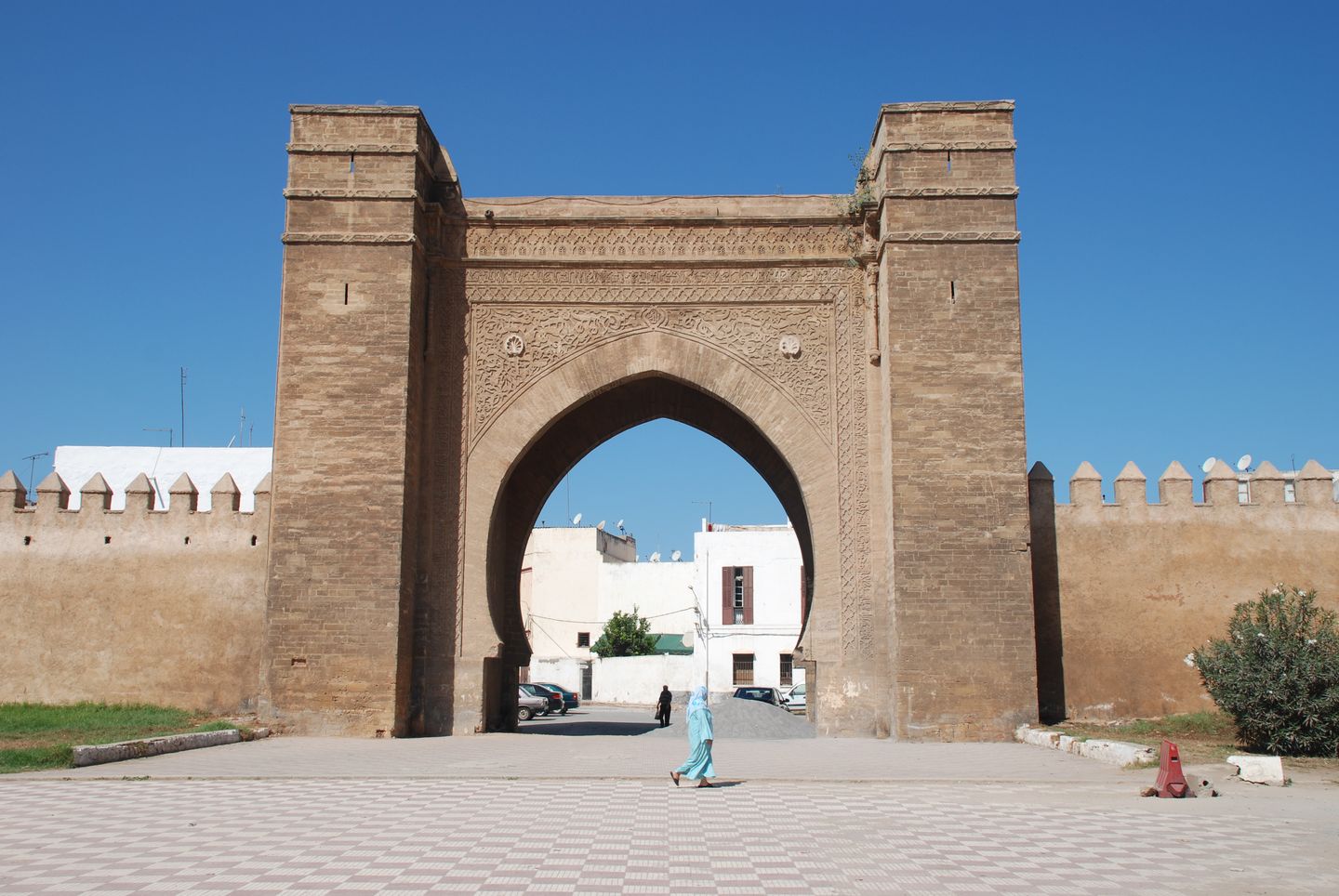 It is one of the historic gates of the city of Salé.

It was built by Sultan "Abu Yusuf Yaqub bin Abdul Haq Al Marini", who participated in its actual construction, between the years 1270 and 1280 AD, after he recovered the city. Then, he closed the open gap in the western wall that allowed entry to the city square.

After that, he built a warship workshop, whose entrance was the archaeological gate opening in the eastern façade of the city called "Bab Bab El Mrissa", which is known today as "Bab El Mellah".

The designer of its construction was the Andalusian architect, "Muhammad bin Ali Al Ashbeli."

Bab El Mrissa oversees the protected port, which the Marinids used to make ships, and which connects the city to the Wadi "Bou Regraq" by a canal.

Boats entered the dock by passing through the arch of a huge gate, called "Bab Al Mrissa," meaning the little gate of the dock.

The two towers have a height of 2.20 meters and a width of 3.50 meters, and in the middle of them, there are a large horseshoe shaped arch, with an opening reaching about 9 meters and a height of 9.60 meters. Inside its building, there are openings, stairs and corridors for the city guards and port.

Bab Mrissa is one of the largest and oldest gates in Morocco, and it was named by this name because the waters of the Bou Regreg Valley were flooding the surrounding lands, and ships were moored in front of this gate, but in our time there are no such landmarks, and the waters of the valley have receded in its course that is further away from the gate by a distance replaced by roads and bridges connecting the cities of Rabat and Salé.

It is known that Bab El Mrissa is the place where Sultan Abu Ya’qub bin Abi Yusuf al-Marni sent several ships in 1285 AD to attack the Green Island on the southern coast of Andalusia, and their number was about 36 naval warships.